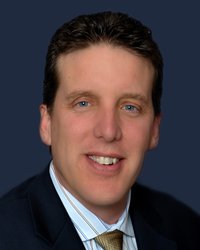 Don Goodwin is the owner and president of Golden Sun Marketing, providing strategy, business development and marketing services to the fresh produce supply chain from seed to retail. He has enjoyed a successful career of over 40 years, during which he has touched just about every aspect of the supply chain – from procurement to wholesale to marketing – giving him a 360 degree view of the food industry. His broad client spectrum includes vegetable breeders, grower/shippers, wholesalers, retailers and The Walt Disney Company.

Don began his career as a graduate of Western Michigan University’s Food Distribution Program. For over a decade, Don has had the privilege of attending Harvard’s Agribusiness seminar and sat on the Blue-Ribbon Panel for Food Foresight, a forward-looking trend group specializing in agriculture. As such, Don, along with his team, has spent a considerable amount of time researching trends and has become known for providing clients with pragmatic real world recommendations to capitalize on these trends. He is a well-respected speaker at industry events and university symposiums, both nationally and internationally whose topics have ranged anywhere from trends to differentiating between new products, and from marketing and selling to business strategy and industry collaboration. Don is well-known for his strategic planning skills, as he has successfully facilitated the planning process for many companies in the supply chain. He is also a member of the advisory board for Titan Farms, the premier peach grower in eastern United States.  Don is also an Advisor for Verdant Partners working on mergers and acquisitions in the fresh produce space.

Before founding Golden Sun Marketing, Don led Target’s produce division with the rollout of SuperTarget in 1998 and served as the chief operating officer of Green Giant Fresh where he built retail and grower partnerships to expand the Green Giant brand. Don has also received many accolades throughout his career, including being honored by The Packer 25: Most Influential Leaders in the Produce Industry.

In addition to offering his strategy and expertise to the industry, Don enjoys golfing, boating and spending time with his wife Roxanne, daughter Bella and pets Sadie and Sofia in his beautiful hometown of Mound, Minn. 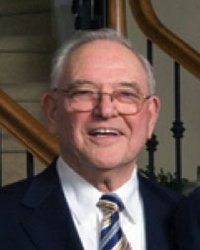 Chester (Chet) McCorkle earned his bachelor’s, master’s, and doctoral degrees from UC Berkeley. His graduate degrees are in agricultural economics. His UC Davis career spanned 43 years. In 1969, he was appointed the third dean of the UC Davis College of Agricultural and Environmental Sciences. He also served as the campus’s academic vice chancellor and systemwide as executive vice president for the University of California. He has advised state, federal, and foreign governments, as well as private corporations and educational institutions. McCorkle focused on agricultural business organization and management and on the economics of food and fiber production. He authored three books and more than 100 scientific and technical articles. Since retirement, McCorkle has been a consultant to several university administrators. Chet is co-founder, case writer, and instructor for the California Agribusiness Executive Seminar.

Ken McCorkle is retired Executive Vice President in charge of the Agricultural Industries Group for Wells Fargo Bank, the nation’s largest agricultural lender among commercial banks. A graduate of the UC Davis, with a Bachelor of Science and Master of Science degrees in Food Science and Technology. Ken received his MBA from Harvard Business School in 1976, where he subsequently worked under Professor Ray Goldberg, Moffet Professor of Agriculture and Business. Ken is also a graduate of the California Agricultural Leadership Program. In addition, Ken is co-founder, case writer, and long-time instructor for the California Agribusiness Executive Seminar and the Purdue Food and Agribusiness Executive Seminar. Ken, now a resident of Aiken, SC, currently sits on the Boards of Stemilt Growers in Wenatchee, Washington, Alpha Gamma Rho Fraternity in Kansas City, Missouri, and Kapalua Golf Villas in Kapalua, Maui, Hawaii. 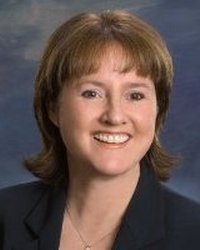 Julie I. Morris is an experienced technology executive with over 25 years in leadership roles, ranging from startups to Fortune 500 companies. She is currently the Academic Coordinator, Food & Agriculture Industry Immersion at the Graduate School of Management at the University of California, Davis.

Prior to joining UC Davis, she was with Marrone Bio Innovations, Inc. (MBI), an ag biotech company based in Davis, California. She was CFO of MBI from its founding in 2006 until 2011, when she assumed the role of VP Corporate Development and led the company’s growing business development activities. During her tenure, she raised $70M in capital and was an integral part of the team that completed the Marrone Bio Innovations NASDAQ IPO in August 2013.

Prior to MBI, she spent 11 years as a corporate development executive at Hewlett-Packard (HP) and HP's spin off, Agilent Technologies. Prior to HP, Julie worked with Booz, Allen & Hamilton and also spent time as an investment banker in Madrid, Spain.

Ms. Morris holds an M.B.A. from the Harvard Business School and an undergraduate degree from UC Berkeley in Electrical Engineering and Computer Science with an emphasis on bioelectronics. 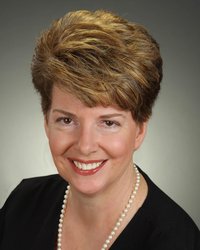 Mary L. Shelman is an internationally recognized thought leader in the global food and agribusiness sector with an extensive knowledge base and international network built over 30 years of business and academic experience. Today Mary advises and supports companies, through consulting engagements and board service, as they navigate complex industry issues. She provides unique insights into technology and consumer trends, identifies strategic growth pathways, and conducts management team/board level strategy workshops.

Her board service includes 10 years as Chairman of RiceTec, Inc., an integrated genetics/agribusiness venture that is now the largest U.S. rice seed company; 11 years as Board Director of Stiftung Fürst Liechtenstein, the management company responsible for the non-financial services assets of Liechtenstein’s royal family; and a two-year term as President of the International Food and Agribusiness Management Association (IFAMA). She currently serves on the strategic advisory boards of Crop Enhancement, Inc., and Village Capital, and is a Venture Partner at Radicle Growth, an ag-tech fund based in California.

As a consultant, Shelman works strategically with companies, governments, and not-for-profit organizations to create pathways of success across long-term horizons. By partnering with a business in its rapidly changing complex environment, she is able to position them for significant growth within both traditional and non-traditional markets. As a consultant to the Irish government, she co-created a new unified vision for the Irish agri-food industry which led to the introduction of the world’s first country-level sustainability program. She also led several projects focused on short and long-term corporate strategy for privately held agri-food companies. 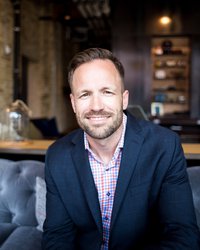 Tom Thompson is an owner and vice president at Golden Sun Marketing where he works across the fresh produce supply chain with a variety of vegetable breeders, growers, wholesalers, retailers and foodservice companies. The services provided to their clients at Golden Sun Marketing range from strategy to business development to marketing. Tom is also an Advisor for Verdant Partners where he works on mergers and acquisitions in the fresh produce space. Tom began his career working in a variety of roles with C.H. Robinson and Target Corporation, giving him a granular understanding of the supply chain. While at C.H. Robinson, Tom worked on acquisition strategy for the Robinson Fresh division, as well as led category management and business analytics strategy. He also held business development and key account strategy roles responsible for numerous leading U.S. retailers. At the Target Corporation, Tom played a key role in the launch of their first perishable food distribution and growth strategy in produce. Tom is a graduate of the University of St. Thomas and has degrees in International Business and Asian Studies. He is a veteran of the U.S. Marine Corps where he served as a Korean Linguist after graduating from the Defense Language Institute in Monterey, California.